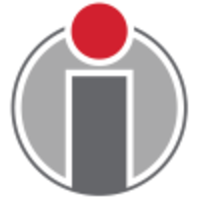 What are the highest paying jobs at iconectiv?

iconectiv is a supplier of network planning and network management services to telecommunications providers. Known as Bellcore after its establishment in the United States in 1983 as part of the break-up of the Bell System, the company's name changed to Telcordia Technologies after a change of ownership in 1996. The business was acquired by Ericsson in 2012, then restructured and rebranded as iconectiv in 2013.

Headquartered in Bridgewater, New Jersey, iconectiv provides network and operations management, numbering, registry and fraud prevention services for the global telecommunications industry. It provides numbering services in more than a dozen countries, including serving as the Local Number Portability Administrator for the United States. In that capacity, iconectiv manages the Number Portability Administration Center, the system that supports the implementation of local number portability.

iconectiv Job Search in US and Canada

Top Jobs at iconectiv by City

8 high paying remote jobs you can get right now (and how to get hired there)
Sara London
7 ways to manage the effects of job search fatigue
Rolf Bax
Have you been the victim of 1 of these 7 cases of wrongful termination?
AnnaMarie Houlis
Ladders / Company / iconectiv