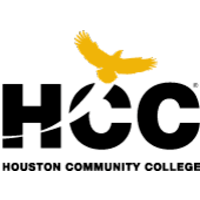 What are the highest paying jobs at Houston Community College?

Houston Community College, also known as Houston Community College System is a community college system that operates community colleges in Houston, Missouri City, Greater Katy, and Stafford in Texas. It is notable for actively recruiting internationally and for the large number of international students enrolled, over 5,700 in 2015. Its open enrollment policies, which do not require proficiency in English, are backed by a full-time 18-month English proficiency program and remedial courses.

As defined by the Texas Legislature, the official service area of HCCS includes the following school districts:

In 1927, the Houston Independent School District founded its first community colleges, Houston Junior College, which later evolved into the University of Houston and the Houston College for African American students. In 1971, the district founded HCCS after HJC's and HCN's evolutions into the University of Houston and Texas Southern University respectively. In its early days, HCCS once used HISD school campuses for teaching facilities with classes during evenings and weekends like its founders. Around 1997, HCCS began to transfer operations to community college district-operated campuses throughout the HCCS service area.

The country of Qatar operates Education City to bring U.S. universities to the Middle East. Houston Community College ran a satellite campus in Education City. However, in early 2016 HCC announced that they were "massively scaling back operations" and closed this campus. Over a five-year period, Qatar's government paid HCC approximately $30.5 million to subsidize the Education City campus. In a news interview, the HCC Board of Trustees Treasurer said he did not support continuing the campus. “We’re a community college to educate kids in our district,” he said. When HCC first sent teachers to its Qatar campus, the Qatari government made some of them return to the United States because they were Jewish.
Total value of jobs:
$300,000
Total Jobs:
1
Average Pay:
$150,000
Total Experts:
4
% Masters:
51%

...with Houston Community College and 1000s of other companies paying $100K+

Houston Community College Job Search in US and Canada