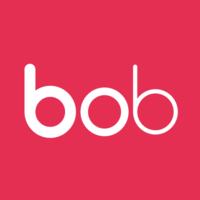 What are the highest paying jobs at Hibob?

The network operates seven 24-hour, linear multiplex channels as well as a traditional subscription video on demand platform and its content is the centerpiece of HBO Max, an expanded streaming platform operated separately from but sharing management with Home Box Office, Inc., which also includes original programming produced exclusively for the service and content from other WarnerMedia properties. The HBO linear channels are not presently accessible on HBO Max, but continue to be available to existing subscribers of traditional and virtual pay television providers, and as live streams to Apple, Amazon and Roku customers through streaming partnerships with those companies.

Hibob Job Search in US and Canada

Top Jobs at Hibob by City

6 jobs that prepare you for side hustle success
Kyle Young
This is what work will look like in 2030, and it isn’t pretty
Kyle Schnitzer
The 7 highest-paying entry-level jobs
Hailey Hudson
Ladders / Company / Hibob