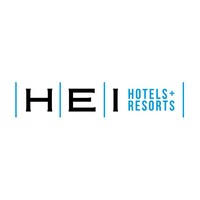 What are the highest paying jobs at HEI, Inc.?

HECO, HELCO, and MECO employ more than 2,000 people. Approximately 20,000 Hawaii residents are shareholders of HECO’s parent company, Hawaiian Electric Industries. The company is headquartered in Honolulu. Net income was 219 million dollars on sales of 2.874B for 2019.

The island of Kauai is the only Hawaiian island not supplied by HEI. Instead, the consumer-owned Kauai Island Utility Cooperative manages that island's electricity.

HEI, Inc. Job Search in US and Canada

Get paid to dream at work: This company will pay you to nap
Sara London
The average salary of a Chipotle general manager is $100K — and they’re hiring
Kyle Schnitzer
Amazon is now hiring 75K workers — and offering some $1K bonuses
Kyle Schnitzer
Ladders / Company / HEI, Inc.