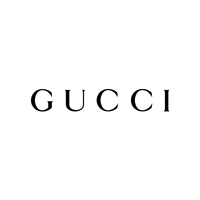 What are the highest paying jobs at Gucci?

Gucci is a luxury fashion house based in Florence, Italy. Its product lines include handbags, ready-to-wear, footwear, and accessories, makeup, fragrances, and home decoration.

In 2019, Gucci operated 487 stores for 17,157 employees, and generated €9.628 billion in sales. Marco Bizzarri is CEO of Gucci since December 2014, and Alessandro Michele creative director since January 2015. Gucci is a subsidiary of the French luxury group Kering.

America falls way short, adds fewer jobs than expected in April
Kyle Schnitzer
Everything you need to know about becoming a dermatologist
Ashley Jones
These US cities will pay up to $20,000 for you to relocate—but there’s always a catch
Benjamin Lorber
Ladders / Company / Gucci