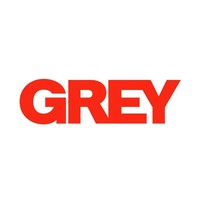 What are the highest paying jobs at Grey?

Grey Group is a global advertising and marketing agency with headquarters in New York City, and 432 offices in 96 countries, operating in 154 cities. It is organized into four geographical units: North America; Europe, Middle East & Africa, Asia-Pacific and Latin America.

The company has won 10 Cannes Lions, an Addy, a Clio and an Emmy Award. Grey Group's European network, Grey EMEA, won 26 Euro EFFIE awards, and is the five-time Euro EFFIE Agency Network of the Year, in the four consecutive years of 2005–2008 and again in 2012.

Everything you need to know about becoming a dermatologist
Ashley Jones
These US cities will pay up to $20,000 for you to relocate—but there’s always a catch
Benjamin Lorber
A guide to using social media to your advantage when job hunting
Sarah Dillon
Ladders / Company / Grey