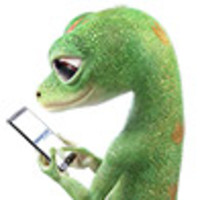 What are the highest paying jobs at Geico?

The Government Employees Insurance Company is an American auto insurance company with headquarters in Maryland. It is the second largest auto insurer in the United States, after State Farm. GEICO is a wholly owned subsidiary of Berkshire Hathaway that provides coverage for more than 24 million motor vehicles owned by more than 15 million policy holders as of 2017. GEICO writes private passenger automobile insurance in all 50 U.S. states and the District of Columbia. The insurance agency sells policies through local agents, called GEICO Field Representatives, over the phone directly to the consumer via licensed insurance agents, and through their website. Its mascot is a gold dust day gecko with a Cockney accent, voiced by English actor Jake Wood from 2005 until his termination due to a pay dispute in 2015. GEICO is well known in popular culture for its advertising, having made numerous commercials intended to entertain viewers.

GEICO also offers property insurance, as well as umbrella coverage which GEICO sells, but the risk on the policies are transferred to third party companies. GEICO manages the policies as the “insurance agent” and has a separate customer care team that handles the property and umbrella policies.

Geico Job Search in US and Canada

Top Jobs at Geico by City

Get paid to dream at work: This company will pay you to nap
Sara London
The average salary of a Chipotle general manager is $100K — and they’re hiring
Kyle Schnitzer
Amazon is now hiring 75K workers — and offering some $1K bonuses
Kyle Schnitzer
Ladders / Company / Geico