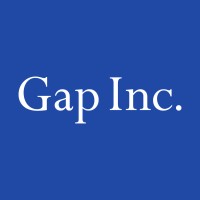 What are the highest paying jobs at Gap?

The Gap, Inc., commonly known as Gap Inc. or Gap, is an American worldwide clothing and accessories retailer.

Gap was founded in 1969 by Donald Fisher and Doris F. Fisher and is headquartered in San Francisco, California. The company operates six primary divisions: Gap, Banana Republic, Old Navy, Intermix, Hill City, and Athleta. Gap Inc. is the largest specialty retailer in the United States, and is 3rd in total international locations, behind Inditex Group and H&M. As of September 2008, the company has approximately 135,000 employees and operates 3,727 stores worldwide, of which 2,406 are located in the U.S.

The Fisher family remains deeply involved in the company, collectively owning much of its stock. Donald Fisher served as chairman of the board until 2004, playing a role in the ouster of then-CEO Millard Drexler in 2002, and remained on the board until his death on September 27, 2009. Fisher's wife and their son, Robert J. Fisher, also serve on Gap's board of directors. Robert succeeded his father as chairman in 2004 and also served as CEO on an interim basis following the resignation of Paul Pressler in 2007, before being succeeded by Glenn K. Murphy up until 2014. From February 2015 to November 2019, Art Peck was CEO of Gap Inc, until he was replaced by Sonia Syngal in March 2020.

Gap Job Search in US and Canada

Top Jobs at Gap by City