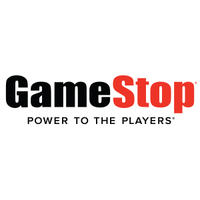 What are the highest paying jobs at GameStop?

GameStop Corp. is an American video game, consumer electronics, and gaming merchandise retailer. The company is headquartered in Grapevine, Texas, United States, and is the largest video game retailer worldwide. As of January 30, 2021, the company operated 4,816 stores including 3,192 in the United States, 253 in Canada, 417 in Australia and 954 in Europe under the GameStop, EB Games, ThinkGeek, and Micromania-Zing brands. The company was founded in Dallas in 1984 as Babbage's, and took on its current name in 1999. The company's performance declined during the mid-late 2010s due to the shift of video game sales to online shopping and downloads and failed investments by GameStop in smartphone retail.

GameStop Job Search in US and Canada

Top Jobs at GameStop by City