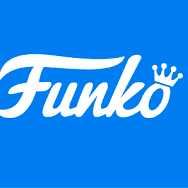 What are the highest paying jobs at Funko?

Funko Inc. is an American company that manufactures licensed and limited pop culture collectibles, best known for its licensed vinyl figurines and bobbleheads. In addition, the company produces licensed plush, action figures, and electronic items such as USB drives, lamps, and headphones.

Founded in 1998 by Mike Becker and Claudia Becker, Funko was originally conceived as a small project to create various low-tech, nostalgia-themed toys. The company's first manufactured bobblehead was of the well-known restaurant advertising icon, the Big Boy mascot.

Sold in 2005, Funko, LLC, is now headed by CEO Brian Mariotti. Since then, the company has increased the scope of its toy lines and signed licensing deals with major companies such as Disney, Marvel Entertainment and Major League Baseball

Funko Job Search in US and Canada

Top Jobs at Funko by City

These are the 10 best jobs if you want to retire early
Ashley Jones
How to quit your job (even if you just started)
Lani Assaf
What jobs can you get with a business degree?
Kattie Thorndyke
Ladders / Company / Funko