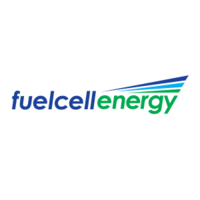 What are the highest paying jobs at FuelCell Energy Inc?

FuelCell Energy, Inc. is an American fuel cell power company. It designs, manufactures, operates and services Direct Fuel Cell power plants that run on natural gas and biogas. Their power plants are not considered "hydrogen fuel cells" because their feedstock is not pure hydrogen and the byproducts of electric generation include carbon dioxide. As one of the biggest publicly traded fuel cell manufacturers in the U.S., the company operates over 50 plants all over the world. It operates the world’s largest fuel cell park, Gyeonggi Green Energy Fuel cell park, which is located in South Korea. The park consists of 21 power plants providing 59 Megawatt of electricity plus district heating to a number of customers in South Korea. It also operates the largest fuel cell park in North America consisting of five 2.8MW power plants and a rankine cycle turbine bottoming cycle in Bridgeport, Connecticut. The company has two markets including ultra-clean power, based on natural gas, and renewable power operating on renewable biogas. Its customer base covers commercial and industrial enterprises including utility companies, municipalities, universities, etc.

In 1969, the company was founded as Energy Research Corporation by early fuel cell pioneers Bernard Baker and Martin Klein, who are both chemical engineers with professional knowledge in advanced battery technologies. From the 1970s to 1990s, with sponsorship from U.S. military and other utility companies, the company extended to low-temperature fuel cell area and high-temperature carbonate fuel systems, which proved to have greater potential in commercial applications. It completed its IPO in 1992 and was renamed as FuelCell Energy, Inc. It spun off its battery division, Evercel in 1999. FuelCell Energy began expanding globally in 2007 through a partnership with POSCO Energy, targeting markets in Southeast Asia, particularly South Korea, but the company announced the termination of the partnership in 2020.

FuelCell Energy Inc Job Search in US and Canada