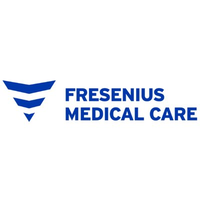 What are the highest paying jobs at Fresenius Medical Care?

With a global headquarters in Bad Homburg vor der Höhe, Germany and a North American headquarters in Waltham, Massachusetts, it has a 38% market share of the dialysis market in the United States. It also operates 45 production sites, the largest of which are in the U.S., Germany, and Japan.

The company is on the Best Employers List published by Forbes.

In 2000, the company plead guilty to billing Medicare for unnecessary medical tests and to paying kickbacks for lab business and paid a $486 million fine.

In February 2012, the company acquired Liberty Dialysis Holding, which added 201 clinics, for $1.5 billion.

Director, Human Resources (HRBP for IT)

Fresenius Medical Care Job Search in US and Canada

Director, Human Resources (HRBP for IT)