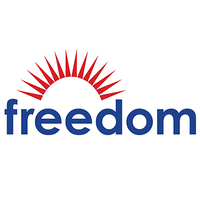 What are the highest paying jobs at Freedom Financial Network?

Freedom Finance Investment Company is a CIS investment company that is a part of Freedom Holdings, trading symbol FRHC. The company is engaged in investment banking, asset management, and capital markets services. Its main area of focus is in the American stock market, as well as the markets of Russia and Kazakhstan. Freedom Finance provides access to trading on the Moscow Exchange, Saint Petersburg exchange, Kazakhstan Stock Exchange, Tashkent Stock Exchange, American stock markets and the European stock markets LSE and Euronext. It has offices in 32 cities in Russia, 16 cities in Kazakhstan, 12 cities in Ukraine, 8 cities in Uzbekistan, one office in Kyrgyzstan, one office in Germany, and one office in Cyprus.

The company was founded in 2008 by Timur Turlov.

In 2013 Freedom Finance purchased Kazakhstani investment company and joined the national investment program People's IPO in Kazakhstan. In 2014 the company arranged for the listing of stock of Bank of America on KASE, and in 2015, listings of bonds of VTB Bank. Freedom Finance took part in the IPO of Alibaba and the private mining company BAST. In 2015 the Company became a market maker for stocks of KEGOC, and in 2016 it carried out an IPO for Aktobe Metalware Plant JSC, which holds 70% of the metalwork market in Kazakhstan. In 2017 the Company purchased the Kazakhstani broker company Asyl-Invest, listed in top three companies in ranking of the Kazakhstan stock exchange member's activity in the sector of "share securities" from 2009 to 2017.

...with Freedom Financial Network and 1000s of other companies paying $100K+

Freedom Financial Network Job Search in US and Canada