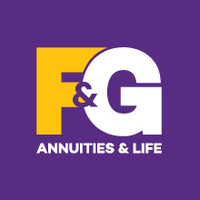 What are the highest paying jobs at FGL Holdings?

F&G, previously known as Fidelity and Guaranty Life Insurance Company is an American financial company, primarily providing annuities and life insurance. The company was founded in 1959 and is based in Des Moines, Iowa.

Known as Fidelity & Guaranty Life until a 2019 rebrand, the company has been a subsidiary of Fidelity National Financial, a previously unrelated company, since 2020.

FGL Holdings Job Search in US and Canada