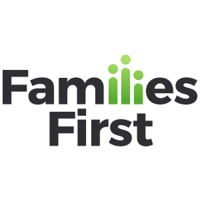 What are the highest paying jobs at Families First?

The Family First Party was a conservative political party in Australia from 2002 to 2017. It was founded in South Australia and enjoyed its greatest electoral support in that state.

The party was generally considered to be part of the Christian right. Though it had no formal affiliation with any particular religious organisation, Family First was strongly linked to the Pentecostal church in South Australia, and nationally from smaller Christian denominations. Family First in South Australia was viewed as an infusion of ex-Liberals via Robert Brokenshire and Day. Originally advocating a moral and family values agenda, Day, who would become Family First's major donor, later reoriented Family First to begin to emphasise issues such as industrial relations reform, free speech and smaller government, which brought Family First closer to Cory Bernardi's Australian Conservatives. Family First and its two state parliamentarians Dennis Hood and Brokenshire joined and merged with Bernardi's Australian Conservatives on 25 April 2017.
Total value of jobs:
$120,000
Total Jobs:
1
Average Pay:
$60,000
% Masters:
29%

Families First Job Search in US and Canada