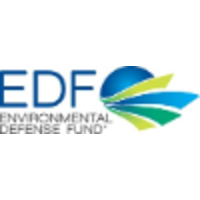 What are the highest paying jobs at Environmental Defense Fund?

Environmental Defense Fund or EDF is a United States-based nonprofit environmental advocacy group. The group is known for its work on issues including global warming, ecosystem restoration, oceans, and human health, and advocates using sound science, economics and law to find environmental solutions that work. It is nonpartisan, and its work often advocates market-based solutions to environmental problems.

Fred Krupp has served as its president since 1984. In May 2011 Krupp was among a group of experts named by US Department of Energy Secretary Steven Chu to a subcommittee of the Energy Advisory Board that was charged with making recommendations to improve the safety and environmental performance of natural gas hydraulic fracturing from shale formations. The subcommittee issued an interim report in August and its final report in November of the same year.

Environmental Defense Fund Job Search in US and Canada

8 high paying remote jobs you can get right now (and how to get hired there)
Sara London
7 ways to manage the effects of job search fatigue
Rolf Bax
Have you been the victim of 1 of these 7 cases of wrongful termination?
AnnaMarie Houlis
Ladders / Company / Environmental Defense Fund