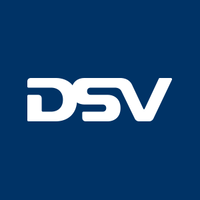 What are the highest paying jobs at DSV?

DSV Panalpina A/S is a Danish transport and logistics company offering transport services globally by road, air, sea and train. Since its foundation in 1976 by nine independent Danish hauliers, the company has achieved rapid expansion and international presence, predominantly through a series of strategic competitor acquisitions, some of the most important ones being Samson Transport, DFDS Dan Transport Group, J.H.Bachmann, Frans Maas, ABX LOGISTICS and UTi Worldwide, Inc. in 2016. In April 2019, DSV signed an agreement to acquire Panalpina Welttransport AG and the deal was closed in August 2019.

With headquarters in Hedehusene, Denmark, and offices in more than 80 countries, DSV Panalpina employs 56,000 people and collaborates with partners and agents globally. The company is listed on NASDAQ OMX Copenhagen and included in the OMXC25 index as one of the 25 most traded stocks.

The company is structured in three divisions, Road, Air & Sea, and Solutions. Its main activities lie within road transport networks in Europe, North America and South Africa, and its global air and sea freight forwarding business. The group also has a growing contract logistics business. As part of an asset-light financial strategy to maintain fixed costs at a minimum and be able to quickly respond to market fluctuations, the group does not own any ships or aeroplanes and only a relatively small number of trucks and trailers.

DSV Job Search in US and Canada

Top Jobs at DSV by City

View All Brampton, ON Jobs