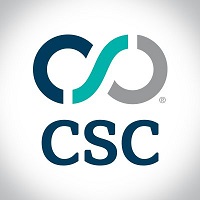 What are the highest paying jobs at Corporation Service Company?

CSC is a company founded on 1 January 1899 that operates in a range of sectors. It is headquartered in Wilmington, Delaware, CSC has offices in the U.S., Canada, Europe, and the Asia-Pacific region.

CSC in 1899 by Otho Nowland, then president of Equitable Guarantee & Trust Company, and Christopher L. Ward. With an initial investment by Nowland, Ward, and another friend, Willard Jackson, The Delaware Incorporators’ Trust Company was created. A similar company was formed separately by Josiah P. Marvel, an attorney and then-leader of the American Bar Association, The Delaware Bar Association, and the Delaware State Chamber of Commerce.

In 1920, Ward and Marvel combined their two companies under the name Corporation Service Company. Throughout the 1970s, CSC continued to serve only Delaware business entities.

CSC received a cash infusion from the sale of its subsidiary company, the Delaware Charter Guarantee & Trust Company, which it had acquired in 1977. In 1990, CSC acquired Florida-based Corporate Information Services. Between 1989 and 1998, CSC expanded through the acquisitions of nine other service providers, including Prentice Hall Legal & Financial Services in 1995, and Entity Service Group, LLC in 1998.

Bruce R. Winn began serving as CSC’s president in 1997 and its chief executive officer in 1998.

Corporation Service Company Job Search in US and Canada