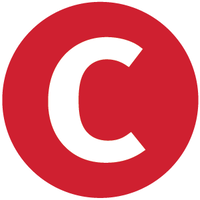 What are the highest paying jobs at CompuCom?

CompuCom Systems Inc. is a technology managed services provider and product reseller headquartered in Fort Mill, South Carolina, a southern suburb of Charlotte, North Carolina. It is a wholly owned subsidiary of Office Depot, Inc. In business since 1987, CompuCom provides Managed Workplace Services including IT solutions and hardware and software resale, integration and support services and has numerous partnerships within the technology space such as HP, IBM, Cisco, Dell, Apple, Inc, Jamf Pro, AirWatch, and Microsoft.

CompuCom was formed in 1987 by Safeguard Scientifics, a venture capital company. It was started when predecessor Machine Vision International acquired two computer-focused technology companies, Tri-Star Data Systems and Office Automation, under the umbrella of Safeguard Scientifics, which named the merged company CompuCom.

Under the majority ownership of Safeguard Scientifics, CompuCom became a public company in 1987. Also that year, it acquired the CompuShop retail store chain from Bell Atlantic, and moved into its Dallas headquarters. James W. Dixon, president of CompuShop was appointed CEO of CompuCom and served from 1987 to 1996 and became chairman of the board on leaving

Safeguard Scientifics held majority ownership of CompuCom until 2004, building it into a company with $1.5 billion in annual revenues.

In December 2000, CompuCom purchased the assets of MicroAge Technology Services, one of the largest divisions of bankrupt parent company MicroAge. This included all of MicroAge's remaining service network of locations.

CompuCom Job Search in US and Canada

Top Jobs at CompuCom by City

Everything you need to know about becoming a dermatologist
Ashley Jones
These US cities will pay up to $20,000 for you to relocate—but there’s always a catch
Benjamin Lorber
A guide to using social media to your advantage when job hunting
Sarah Dillon
Ladders / Company / CompuCom