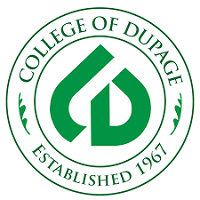 What are the highest paying jobs at College of DuPage?

College of DuPage is a public community college with its main campus in Glen Ellyn, Illinois. The college also owns and operates facilities in the Illinois communities of Addison, Carol Stream, Naperville and Westmont. With more than 23,000 students, the College of DuPage is the second largest provider of undergraduate education in Illinois. The college serves students residing in Illinois' Community College District 502.

College of DuPage was established after the Illinois General Assembly adopted the Public Community College Act of 1965 and the approval of DuPage high school district voters in a referendum. The college opened on September 25, 1967, under the leadership of the College's president, Rodney K. Berg, and Board of Trustees Chairman George L. Seaton. At the time, classes were held in office trailers and leased suburban sites throughout the newly established Community College District 502. Due to the college's students, faculty and staff having to drive from building to building for classes, the chaparral was adopted as the school’s mascot. That year, The Courier, the school's student newspaper, published its first issue.
Total value of jobs:
$2,560,000
Average Pay:
$85,333
Total Experts:
2
% Masters:
50%

Top Experts at College of DuPage

These are the 15 highest-paying psychology jobs
Hailey Hudson
6 jobs that prepare you for side hustle success
Kyle Young
This is what work will look like in 2030, and it isn’t pretty
Kyle Schnitzer
Ladders / Company / College of DuPage