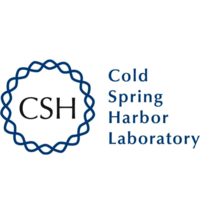 What are the highest paying jobs at Cold Spring Harbor Laboratory?

It is one of 68 institutions supported by the Cancer Centers Program of the U.S. National Cancer Institute and has been an NCI-designated Cancer Center since 1987. The Laboratory is one of a handful of institutions that played a central role in the development of molecular genetics and molecular biology.

It has been home to eight scientists who have been awarded the Nobel Prize in Physiology or Medicine. CSHL is ranked among the leading basic research institutions in molecular biology and genetics with Thomson Reuters ranking it #1 in the world. CSHL was also ranked #1 in research output worldwide by Nature. The Laboratory is led by Bruce Stillman, a biochemist and cancer researcher.

Since its inception in 1890, the institution's campus on the North Shore of Long Island has also been a center of biology education. Current CSHL educational programs serve professional scientists, doctoral students in biology, teachers of biology in the K-12 system, and students from the elementary grades through high school. In the past 10 years CSHL conferences & courses have drawn over 81,000 scientists and students to the main campus. For this reason, many scientists consider CSHL a "crossroads of biological science." Since 2009 CSHL has partnered with the Suzhou Industrial Park in Suzhou, China to create Cold Spring Harbor Asia which annually draws some 3,000 scientists to its meetings and courses. The Cold Spring Harbor Laboratory School of Biological Sciences, formerly the Watson School of Biological Sciences, was founded in 1999.
Total value of jobs:
$450,000
Total Jobs:
3
Average Pay:
$90,000
% Masters:
33%

...with Cold Spring Harbor Laboratory and 1000s of other companies paying $100K+

Cold Spring Harbor Laboratory Job Search in US and Canada