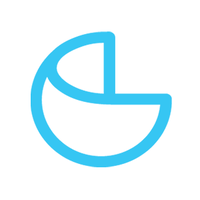 What are the highest paying jobs at Clear Labs?

Clear Labs, Inc. is a private genomics testing company headquartered in San Carlos, California, United States. It offers the only fully automated, next-generation sequencing platform for turnkey diagnostics, including SARS-CoV-2 genomic characterization and detection of foodborne pathogens such as listeria and salmonella. It can also verify a food's ingredients, its GMO status, or conduct other tests.

Clear Labs was founded by Sasan Amini and Mahni Ghorashi in 2014, both of whom left their jobs at genomics companies to start Clear Labs. They acquired $6.5 million in series A financing in 2015 and then initiated a unsuccessful Kickstarter campaign intending to raise an additional $100,000. In 2017, the company closed a $16 million Series B funding round. This was followed by another $21 million round in October 2018.? Clear Labs Raised a $60M Series C round led by Morgan Stanley and T. Rowe Price in May of 2021.

Clear Labs has publicized various reports on the results of performing DNA testing on common food products. For example, the company found traces of meat in vegetarian burgers, traces of rat DNA in other meat patties, and more calories than the burgers were labeled for. According to Vox, finding trace amounts of foreign DNA in food is normal and safe, but the report's findings on misleading consumers about calories and the vegetarian status of food were considered to be more concerning.

Clear Labs Job Search in US and Canada

Is this the worst job interview question? The internet seems to think so.
CW Headley
These are the 15 highest-paying psychology jobs
Hailey Hudson
6 jobs that prepare you for side hustle success
Kyle Young
Ladders / Company / Clear Labs