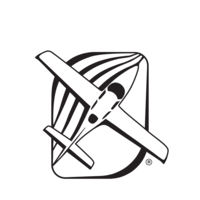 What are the highest paying jobs at Cirrus Design Corporation?

The Cirrus Design Corporation, doing business as Cirrus Aircraft, is an aircraft manufacturer that was founded in 1984 by Alan and Dale Klapmeier to produce the VK-30 kit aircraft. The company is owned by a subsidiary of the Chinese government-owned AVIC, and is headquartered in Duluth, Minnesota, United States, with additional operational locations in Grand Forks, North Dakota, Knoxville, Tennessee, and McKinney, Texas. Cirrus markets several versions of its three certificated single-engine light aircraft models: the SR20, SR22, and SR22T. As of January 2021, the company had delivered 8,000 SR-aircraft in over 20 years of production, and has been the world's largest producer of piston-powered aircraft since 2013.

Sales of the SR-series grew rapidly during the 2000s, until the economic crisis of 2008. Cirrus was planning to market a light-sport aircraft called the SR Sport, but suspended the project in 2009, due to financial challenges and a lack of market demand. This has since been cancelled. After a return to company growth and United States-based expansion in the 2010s, Cirrus certified and began deliveries of the Vision SF50 very light jet in 2016. Upon its delivery, the aircraft became the first civilian single-engined jet to enter the market, and is often referred to as a "personal jet".
Total value of jobs:
$700,000
Average Pay:
$140,000
Total Experts:
2
% Masters:
36%

These are the 15 highest-paying psychology jobs
Hailey Hudson
6 jobs that prepare you for side hustle success
Kyle Young
This is what work will look like in 2030, and it isn’t pretty
Kyle Schnitzer
Ladders / Company / Cirrus Design Corporation