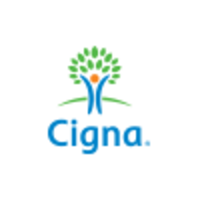 What are the highest paying jobs at Cigna?

Cigna is an American multinational managed healthcare and insurance company based in Bloomfield, Connecticut. Its insurance subsidiaries are major providers of medical, dental, disability, life and accident insurance and related products and services, the majority of which are offered through employers and other groups. Cigna is incorporated in Connecticut.

Cigna offers Medicare and Medicaid products and health, life and accident insurance coverages primarily to individuals in the U.S. and selected international markets. In addition to its ongoing operations described above, Cigna also has certain run-off operations, including a Run-off Reinsurance segment. In the Phoenix metropolitan area, Cigna runs a full-service staff-model HMO with satellite clinics throughout the region, known as the Cigna Medical Group. Cigna Global Health Benefits also operates under the Cigna corporation.

Cigna's motto is 'Together, all the way.' The company ranked No. 13 in the 2020 Fortune 500 list of the largest United States corporations by total revenue.

On March 7, 2018, it was announced that Cigna would acquire Express Scripts in a $67 billion deal and on August 24, 2018, the shareholders of Cigna and Express Scripts approved the deal.

Director of Pharmacy / Pharmacist in Charge

Cigna Job Search in US and Canada

Top Jobs at Cigna by City

Director of Pharmacy / Pharmacist in Charge

These are the 15 highest-paying psychology jobs
Hailey Hudson
6 jobs that prepare you for side hustle success
Kyle Young
This is what work will look like in 2030, and it isn’t pretty
Kyle Schnitzer
Ladders / Company / Cigna