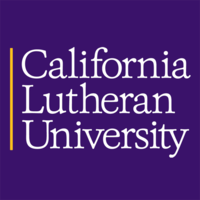 What are the highest paying jobs at California Lutheran University?

It is located on a 290-acre campus, 40 miles northwest of Los Angeles. It offers degrees at the bachelor's, master's, and doctoral levels, as well as post-master's and post-bachelor's certificates. CLU offers 36 majors and 34 minors. The university is based in Thousand Oaks, with additional locations in Woodland Hills, Westlake Village, Oxnard, Santa Maria, and Berkeley.

Notable speakers at CLU have included U.S. presidents Ronald Reagan, Gerald Ford, and George H. W. Bush. CLU hosted the preseason training camp for the Dallas Cowboys of the National Football League for 27 years and serves as the year-round training site for the Los Angeles Rams.

Cal Lutheran has been called the West Coast's “Cradle of Coaches”; nearly 1 in 4 of football coach Bob Shoup’s players would go on to coach at some level. 144 players have become football coaches, and several have been drafted to the NFL. Particularly many players were drafted following the NAIA Championship win in 1971. The celebration was held at the Hollywood Palladium in conjunction with the Dallas Cowboys that won their first Super Bowl the following month. In college baseball, 24 student players have been drafted for Major League Baseball as of 2014.
Total Experts:
1
% Masters:
55%

...with California Lutheran University and 1000s of other companies paying $100K+