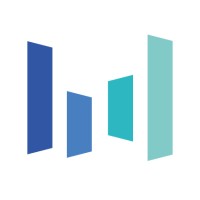 What are the highest paying jobs at ByteDance?

ByteDance Ltd. is a Chinese partially state-owned multinational internet technology company headquartered in Beijing and legally domiciled in the Cayman Islands. It was founded by Zhang Yiming in 2012.

ByteDance is the developer of the video-sharing social networking services and apps TikTok and Douyin, the Chinese-specific counterpart to TikTok. It also develops the news and information platform Toutiao.

As of November 2018, ByteDance had over 800 million daily active users across all of its content platforms. It has garnered public attention over allegations that it worked with the Chinese Communist Party to censor and surveil content pertaining to Xinjiang internment camps and other topics the CCP deemed controversial.

Head of Market Integrity and Enablement

ByteDance Job Search in US and Canada

Top Jobs at ByteDance by City

These are the 15 highest-paying psychology jobs
Hailey Hudson
6 jobs that prepare you for side hustle success
Kyle Young
This is what work will look like in 2030, and it isn’t pretty
Kyle Schnitzer
Ladders / Company / ByteDance