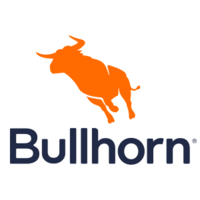 What are the highest paying jobs at Bullhorn?

Bullhorn is a cloud computing company headquartered in Boston, Massachusetts. The company provides customer relationship management, applicant tracking system and operations software for the staffing industry. As of 2019, the company reported more than 11,000 customers in more than 150 countries. Besides its Boston headquarters, the company has operations in St. Louis, London, Brighton, Sydney, and Rotterdam.

Bullhorn was founded in 1999 by Roger Colvin, Barry Hinckley, and Art Papas. Papas continues to serve as CEO. The company originally launched as a platform for freelancers to find and collaborate on work, but in 2001 changed its focus to build CRM software for vertical markets.

Bullhorn raised its first round of venture capital funding in 1999 with a $4 million investment from GE Asset Management and Internet.com. It then raised $26 million from General Catalyst Partners and Highland Capital Partners in 2008. In June 2012, Vista Equity Partners acquired Bullhorn for a reported price of several hundred million dollars.

Bullhorn Job Search in US and Canada

Top Jobs at Bullhorn by City