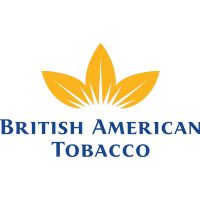 What are the highest paying jobs at British American Tobacco p.l.c.?

British American Tobacco plc is a British multinational company that manufactures and sells cigarettes, tobacco and other nicotine products. The company, established in 1902, is headquartered in London, England. As of 2019, it is the largest tobacco company in the world based on net sales.

BAT has operations in around 180 countries, and its cigarette brands include Dunhill, Kent, Lucky Strike, Pall Mall and Rothmans. Its brands also include Vype and Vuse and Glo.

Everything you need to know about becoming an accountant
Olivia Kelley
You’ll be ‘ghosted’ by recruiters if you don’t do these 5 things
Ryan Luke
15 of the greatest government jobs (with the best benefits)
Marjolein Dilven
Ladders / Company / British American Tobacco p.l.c.