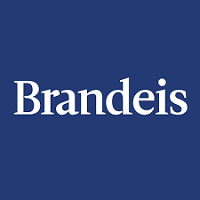 What are the highest paying jobs at Brandeis University?

Brandeis University /?brænda?s/ is a private research university in Waltham, Massachusetts. Founded in 1948 as a non-sectarian, coeducational institution sponsored by the Jewish community, Brandeis was established on the site of the former Middlesex University. The university is named after Louis Brandeis, the first Jewish Justice of the U.S. Supreme Court.

In 2018, it had a total enrollment of 5,800 students on its suburban campus spanning 235 acres. The institution offers more than 43 majors and 46 minors, and two-thirds of undergraduate classes have 20 students or fewer. It is a member of Association of American Universities and the Boston Consortium, which allows students to cross-register to attend courses at other institutions including Boston College, Boston University and Tufts University.

The university has a strong liberal arts focus and attracts a geographically and economically diverse student body, with 72% of its non-international undergraduates being from out of state, 50% of full-time undergraduates receiving need-based financial aid and 13.5% being recipients of the federal Pell Grant. 44% of students identify as Jewish. It has the eighth-largest international student population of any university in the United States. Alumni and affiliates of the university include former first lady of the United States Eleanor Roosevelt, Nobel Prize laureate Roderick MacKinnon and Fields Medalist Edward Witten, as well as foreign heads of state, congressmen, governors, diplomats, and recipients of the Nobel Prize, Pulitzer Prize, Academy Award, Emmy Award, and MacArthur Fellowship.

Brandeis University Job Search in US and Canada

America falls way short, adds fewer jobs than expected in April
Kyle Schnitzer
Everything you need to know about becoming a dermatologist
Ashley Jones
These US cities will pay up to $20,000 for you to relocate—but there’s always a catch
Benjamin Lorber
Ladders / Company / Brandeis University