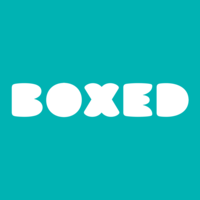 What are the highest paying jobs at Boxed?

Boxed.com is an American online and mobile membership-free wholesale retailer that offers direct delivery of bulk-sized packages via the Boxed app or the website. Boxed product offering has been compared to that of Costco. It is based in New York City and was founded in August 2013 by Chieh Huang, Jared Yaman, Christopher Cheung, and William Fong.

The company has three fulfillment centers around the country in New Jersey, Nevada and Texas, which allow orders to be delivered within two days. The company also has a support office in San Mateo, California.

In 2016, Boxed was backed by $132 million in funding by investors including GGV Capital and DST Global.

In 2018, Boxed received $111 million in series D funding from Aeon Group, one of the largest retail chains in Japan, valuing the start-up at $600 million.

Director of IT Operations

Boxed Job Search in US and Canada

Top Jobs at Boxed by City

America falls way short, adds fewer jobs than expected in April
Kyle Schnitzer
Everything you need to know about becoming a dermatologist
Ashley Jones
These US cities will pay up to $20,000 for you to relocate—but there’s always a catch
Benjamin Lorber
Ladders / Company / Boxed