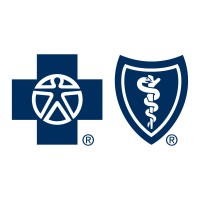 What are the highest paying jobs at Blue Cross Blue Shield of Michigan?

Currently it is headquartered in 600 E. Lafayette Blvd. in downtown Detroit. Blue Cross Blue Shield of Michigan, a nonprofit organization, provides and administers health benefits to more than 4.3 million members residing in Michigan in addition to members of Michigan-headquartered groups who reside outside the state.

In 2019, four Michigan addiction treatment facilities filed lawsuits against BCBSM for "unjustified slashing of payments" and "a high number of claims denials for substance use treatment. That same year Michigan Department of Health and Human Services planned on expanding the program to including additional assistance for the serious mentally ill in northern Michigan. The funds come from the Michigan Health Endowment Fund created in 2013 and requires Blue Cross Blue Shield of Michigan to contribute "up to $1.56 billion over 18 years to a health endowment fund that benefits Michigan residents".

IT Manager II-Testing Center of Excellence

IT Delivery Manager I

IT Delivery Manager I

These are the 15 highest-paying psychology jobs
Hailey Hudson
6 jobs that prepare you for side hustle success
Kyle Young
This is what work will look like in 2030, and it isn’t pretty
Kyle Schnitzer
Ladders / Company / Blue Cross Blue Shield of Michigan