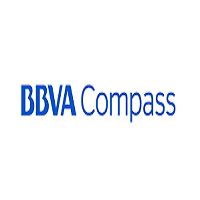 What are the highest paying jobs at BBVA compass?

BBVA USA is a bank headquartered in Birmingham, Alabama. It has been a subsidiary of the Spanish multinational Banco Bilbao Vizcaya Argentaria since 2007 and operates chiefly in Alabama, Arizona, California, Colorado, Florida, New Mexico, and Texas.

As of June 2020, the company is the 39th largest bank in the United States by total assets.

BBVA USA holds naming rights to BBVA Stadium, a soccer venue in Houston, Texas. From 2011 to 2014, BBVA USA was the title sponsor of the Birmingham Bowl, a college football bowl game played annually in Birmingham.

The company was founded on March 2, 1964 as the Central Bank and Trust Company by Harry B. Brock Jr., Schuyler Baker and Hugh Daniel with $1 million of capital. Other founding directors included Frank L. Hardy, John R. Israel, Wendell H. Taylor and Stewart Welch.

In 1967, the company moved into a new 15-story new headquarters building on 20th Street South.

In 1969, Central made a hostile takeover bid for Decatur's State National Bank, the only bank that could open branches across county lines. The bid was supported by Hugh Agricola and other shareholders of the First National Bank of Gadsden, which had been bought by State National. It was financed by a $10 million line of credit from the Bank of Virginia, which was pioneering its own statewide banking company. By July, Central was able to assemble a voting trust representing about a third of State National's shares in advance of a public offering of $70 per share. The City National Bank of Birmingham, which had also been planning a merger, countered with $80 per share. Central instructed their brokers to buy as many shares as they could up to $85 and ended with enough shares to control State National's board.

Use this thank you email after a phone interview to secure your next offer
Capitol Standard Staff
If you’re over 50, these are the industries that will be hiring the most
Kyle Schnitzer
Everything you need to know about becoming a lobbyist
Meredith Schneider
Ladders / Company / BBVA compass