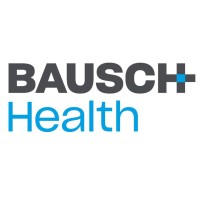 What are the highest paying jobs at Bausch Health Companies?

The company was originally founded in 1959 as ICN Pharmaceuticals by Milan Pani? in California. Under the leadership of J. Michael Pearson, Valeant adopted a strategy of buying up other pharmaceutical companies which manufactured effective medications for a variety of medical problems, and then increasing the price of those medications. As a result, the company grew rapidly and in 2015 was the most valuable company in Canada. Its largest acquisitions were Bausch & Lomb, in 2013, and Salix Pharmaceuticals, in 2015. Valeant also tried to acquire Actavis and Cephalon. An attempted merger with Allergan, in 2014, failed and resulted in the company being sued for insider trading prior to their bid.

In 2015, Valeant was involved in a number of controversies surrounding drug price hikes and the use of a specialty pharmacy for the distribution of its drugs. This led to an investigation by the U.S. Securities and Exchange Commission, causing its stock price to plummet more than 90 percent from its peak, while its debt surpassed $30 billion.

Bausch Health Companies Job Search in US and Canada

6 jobs that prepare you for side hustle success
Kyle Young
This is what work will look like in 2030, and it isn’t pretty
Kyle Schnitzer
The 7 highest-paying entry-level jobs
Hailey Hudson
Ladders / Company / Bausch Health Companies