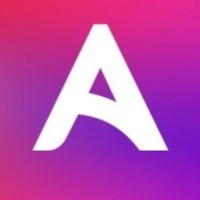 What are the highest paying jobs at Avon Products?

Avon Products, Inc. or simply known as Avon, is a multinational cosmetics, skin care, fragrance and personal care company, based in London. Avon had annual sales of $5.57 billion worldwide in 2019.

It is the fourteenth-largest beauty company and, with 6.4 million representatives, is the second largest direct-selling enterprise in the world. The company's CEO is Angela Cretu, who was appointed to the position in January 2020.

In May 2019, the Brazilian company Natura & Co announced its intent to acquire Avon; the deal closed in January 2020. Its ownership accounts for a 76% stake.

Avon Products Job Search in US and Canada

6 jobs that prepare you for side hustle success
Kyle Young
This is what work will look like in 2030, and it isn’t pretty
Kyle Schnitzer
The 7 highest-paying entry-level jobs
Hailey Hudson
Ladders / Company / Avon Products