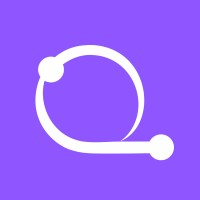 What are the highest paying jobs at Aquant?

Aquent is a staffing company specializing in placing temporary employees in marketing and creative industries. According to Staffing Industry Analysts, it is among the "largest marketing/creative staffing firms in the United States". Aquent also operates internationally with offices in Japan, Canada, Australia, France, UK, and the Netherlands.

Harvard College students John Chuang, Mia Wenjen and Steve Kapner in 1986 founded a typesetting business called Laser Designs from their Harvard dorm. The business grew and they added temporary staffing related to Mac training as an offering and called it MacTemps. MacTemps grew, adding non-Mac as well as permanent placements. With MacTemps no longer reflecting the business, they changed their name to Aquent, intended to mean "not a follower" in Latin.

The company has grown substantially and entered into new business areas through acquisitions.

The company saw a drop in revenue in 2001 in the aftermath of the dot-com bubble with revenue dropping in 2001 compared to 2000. To counter the drop off in business, Aquent purchased Renaissance Worldwide Inc., an IT consultancy and staffing firm, for $106 million. Aquent at that time had been known for offering staffing of print and web designers. The deal allowed Aquent to also offer back end support staffers, which was considered by the company to complement well as a package solution. The acquisition of Renaissance also included a municipal and state government IT consulting subsidiary, which as initially planned was sold months later in 2002 to EOne Global for $45 million.

Aquant Job Search in US and Canada

Top Jobs at Aquant by City

These are the 15 highest-paying psychology jobs
Hailey Hudson
6 jobs that prepare you for side hustle success
Kyle Young
This is what work will look like in 2030, and it isn’t pretty
Kyle Schnitzer
Ladders / Company / Aquant