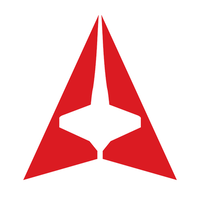 What are the highest paying jobs at Aerion Supersonic?

Aerion Corporation is an American aircraft manufacturer based in Reno, Nevada. It was founded by Robert Bass of Fort Worth.

Since 2004, the company has been developing a 10-passenger supersonic jet to cut transatlantic flights by three hours using "boomless cruise" technology to negate the sonic boom. It is expected to be the first supersonic aircraft without an afterburner to lower emissions, and the first to run on biofuels.
Total value of jobs:
$945,000
Total Jobs:
3
Average Pay:
$105,000
% Masters:
37%

Aerion Supersonic Job Search in US and Canada

Have you been the victim of 1 of these 7 cases of wrongful termination?
AnnaMarie Houlis
The job market is looking shockingly good for the Class of 2021
CW Headley
These are the 50 best companies in the world to work for right now
Kyle Schnitzer
Ladders / Company / Aerion Supersonic