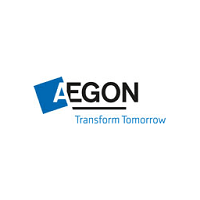 What are the highest paying jobs at AEGON NV?

Aegon N.V. is a Dutch multinational life insurance, pensions and asset management company headquartered in The Hague, Netherlands. As of December 31, 2017, Aegon companies employed approximately 28,318 people worldwide, serving millions of customers. In 2020, the company had 26,000 employees. Aegon is listed on the Euronext Amsterdam and is a constituent of the AEX index.

Aegon acquired Scottish Equitable in 1994. In 1998 it formed Stonebridge International Insurance Ltd to create and market a range of personal insurance products, providing accident, health and unemployment cover to its own customers and via business partners.

In 1999 it acquired the life assurance business of Guardian Royal Exchange. That year it also bought Transamerica Corporation.

On August 13, 2007, Aegon and Merrill Lynch announced a strategic business partnership in the areas of life insurance and investment products. As part of the relationship, Aegon acquired two of Merrill Lynch's life insurance companies for US$1.3 billion.

On April 23, 2008, Alex Wynaendts succeeded the retiring Donald J. Shepard as chairman of the executive board and CEO of Aegon N.V. following the group's annual general meeting of shareholders: Donald Shepard announced his retirement in November 2007, after six years as chairman.

US Head of Compliance

AEGON NV Job Search in US and Canada

US Head of Compliance

Everything you need to know about becoming a pathologist
Ashley Jones
Get paid to dream at work: This company will pay you to nap
Sara London
The average salary of a Chipotle general manager is $100K — and they’re hiring
Kyle Schnitzer
Ladders / Company / AEGON NV