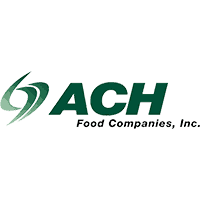 What are the highest paying jobs at ACH Food Companies?

Associated British Foods plc is a British multinational food processing and retailing company whose headquarters are in London, England. Its ingredients division is the world's second-largest producer of both sugar and baker's yeast and a major producer of other ingredients including emulsifiers, enzymes and lactose. Its grocery division is a major manufacturer of both branded and private label grocery products and includes the brands Mazola, Ovaltine, Ryvita, Jordans and Twinings. Its retail division, Primark, has over 370 stores spread over 15,642,000 sq ft of selling space across several countries, predominantly Germany, Ireland, Spain, and the UK. ACH Food Companies is an American subsidiary.

ACH Food Companies Job Search in US and Canada