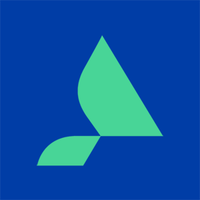 What are the highest paying jobs at Accolade?

Accolade, Inc. was an American video game developer and publisher based in San Jose, California. The company was founded as Accolade in 1984 by Alan Miller and Bob Whitehead, who had previously co-founded Activision in 1979. The company became known for numerous sports franchises, including HardBall!, Jack Nicklaus and Test Drive.

By the early 1990s, Accolade saw critical acclaim for Star Control, as well as strong sales for Bubsy. However, Sega sued Accolade for creating unauthorized Sega Genesis games by reverse-engineering the console's boot-protection. Accolade won the case on appeal, overturning an injunction from the lower court that had interrupted their sales and development. The founders soon left the company. The new chief executive, Peter Harris, attracted new investment from Time Warner. The following year, Accolade president Jim Barrett replaced him. He focused on existing franchises hoping to secure the company's future. However, technical issues undermined the release of Bubsy 3D, and Jack Nicklaus 5 was considered a commercial disappointment, despite positive reviews. The company still had modest successes with games such as Star Control 3 and Deadlock, and saw strong sales for both Test Drive 4 and Test Drive: Off Road.

The French firm Infogrames purchased Accolade in 1999 as part of its strategy to become more global, transforming it into a subsidiary called Infogrames North America. By 2000, the subsidiary was consolidated into one Infogrames brand, marking the end of Infogrames North America as a separate company and what remained of Accolade as an entity. In the years that followed, Infogrames purchased the Atari trademark and rebranded as Atari SA, before declaring bankruptcy in 2013. Their assets were purchased by game publisher Tommo, who later resold them to Hong Kong-based holding company Billionsoft as part of a strategy to revive several classic games.

These are the 15 highest-paying psychology jobs
Hailey Hudson
6 jobs that prepare you for side hustle success
Kyle Young
This is what work will look like in 2030, and it isn’t pretty
Kyle Schnitzer
Ladders / Company / Accolade