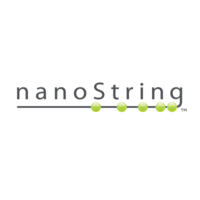 NanoString Technologies, Inc. is a publicly held biotech company that specializes in development of translational research tools. The company was founded by Krassen Dimitrov, Amber Ratcliffe, and Dwayne Dunaway in 2003, and is based in Seattle, Washington.

NanoString's nCounter is a variation on the DNA microarray and was invented and patented by Krassen Dimitrov and Dwayne Dunaway. It uses molecular "barcodes" and microscopic imaging to detect and count up to several hundred transcripts in hybridization reaction.

The original patent that is the basis for the nCounter Analysis System was invented and licensed from The Institute for Systems Biology. The business plan was written by Amber Ratcliffe and Aaron Coe and won seed funding in multiple business plan competitions. NanoString was spun out of The Institute for Systems Biology and founded as a separate company in 2003 by Krassen Dimitrov, Amber Ratcliffe and Dwayne Dunaway.

In 2004, NanoString raised its first significant funding in a $4.3M series A financing. They have since raised several more rounds of financing to expand into the development of molecular diagnostics. As of 2011, NanoString Technologies had raised nearly $70M with their series D.
Total Jobs:
10
Total Experts:
1
Average Pay:
$217,500
Total value of jobs:
$870,000
% Masters:
33%
Learn More About NanoString Technologies
* Ladders Estimates