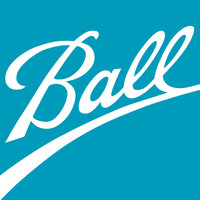 Ball Aerospace & Technologies Corp. is an American manufacturer of spacecraft, components, and instruments for national defense, civil space and commercial space applications. The company is a wholly owned subsidiary of Ball Corporation, with primary offices in Boulder and facilities in Broomfield and Westminster in Colorado, with smaller offices in New Mexico, Ohio, Northern Virginia, Missouri, and Maryland.

Ball Aerospace began building pointing controls for military rockets in 1956, and later won a contract to build one of NASA’s first spacecraft, the Orbiting Solar Observatory. Over the years, the company has been responsible for numerous technological and scientific projects and continues to provide aerospace technology to NASA and related industries.

Ball Aerospace also has many other products and services for the aerospace industry, including lubricants, optical systems, star trackers and antennas. As a wholly owned subsidiary of the Ball Corporation, Ball Aerospace was cited in 2014 as the 88th largest defense contractor in the world. Both parent and subsidiary headquarters are co-located in Broomfield, Colorado.
Total Jobs:
193
Total Experts:
14
Average Pay:
$138,420
Total value of jobs:
$84,990,000
% Masters:
41%
Learn More About Ball Aerospace & Technologies Corp
* Ladders Estimates