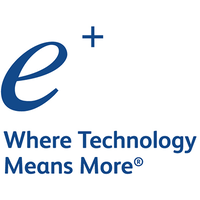 ePlus, Inc. is an American IT assets selling and financing company headquartered in Herndon, Virginia. The company was formerly known as MLC Holdings, Inc. and changed its name to ePlus, inc. in 1999. In February, 2014, the company's subsidiary, ePlus Technology Inc., was awarded by Cisco as Customer Satisfaction Excellence Golden Star because of its 12-month quality service. The company has joined the Cloudera Connect Partner Program, which is most influential community of industry's IT vendors and sellers for Hadoop-based applications. It has a market capitalization of $1.303 Billion with an enterprise value of $1.19 Billion.

The company has two segments: Technology and Financing. The technology segment provides IT services to over nine global IT companies, including Cisco Systems, Hewlett Packard, Apple Inc., Dell and Microsoft The financing division is engaged in providing equipment, software and relevant solutions to government and government-oriented entities. In November, 2013, the company's subsidiary, ePlus Technology Inc, acquired Advistor Inc.

On February 4, 2014, The company expanded its Managed Services operations with a new center, which is ePlus' third Managed Services Center in the United States in the Raleigh, North Carolina, area. The company provides customers with lifecycle management, and financing for IT products and services.

Director of Accounting and Finance

Rogers Communications•Brampton, ON L6P 0A1