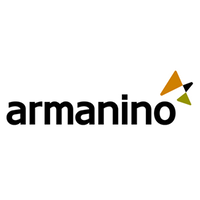 The Senior Business Analyst will work as the liaison between business partners and the IT group to support existing systems and provide analysis for systems implementation, upgrade, and enhancement projects. The position requires knowledge of a range of corporate systems including financial, Audit, Tax, Practice Management and CRM systems. The successful candidate must be able to demonstrate an ability to perform analysis of key requirements and clearly communicate alternatives and recommendations to decision-makers. This person must be able to respond quickly to support issues, evaluate alternatives and create and execute against an action plan. The Senior Business Analyst must be able to prepare and execute testing plans to ensure high quality results. This person will be required to document business and functional/technical specifications for system development based on user requirements.

DO YOU HAVE WHAT IT TAKES?

Giorgio Armani S.p.A., commonly known as Armani, is an Italian luxury fashion house founded by Giorgio Armani which designs, manufactures, distributes and retails haute couture, ready-to-wear, leather goods, shoes, watches, jewelry, accessories, eyewear, cosmetics and home interiors. The brand markets these products under several labels: Giorgio Armani Privé, Giorgio Armani, Armani Collezioni, Emporio Armani, Armani Jeans, Armani Junior, and Armani Exchange. The brand utilizes the association of the Armani name with high-fashion, benefiting from its prestige in the fashion industry. In 2016, estimated sales of the company were around $2.65 billion. In 2017, Giorgio Armani announced that his company will close two of its fashion labels, Armani Collezioni and Armani Jeans, as part of the restructuring process for his company. While Armani Collezioni will merge back into the "Giorgio Armani" line, Armani Jeans will be mixed with the Emporio Armani line due to their similarities in styles and the use of the same brand logo.

Director of Tax and Wealth Planning