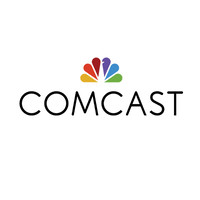 Job Summary:
Responsible for analyzing and evaluating operational performance metrics
and resources. Maps metrics against the Company's operational plans and
tactical/strategic goals to ensure alignment and focus. Creates and
facilitates reporting and analysis to evaluate operational initiatives
and drive operational efficiencies. Develops and maintains standard
reporting measures, quantitative explanation of relevant data, and
ongoing analysis of alternatives and solutions. Quantitatively evaluates
and recommends action plans, based on all operational reporting and
analysis, in order to enhance the customer experience and drive
operational efficiencies. May provide financial reporting, revenue
analysis support, discount monitoring, promotional modeling, and
subscriber reporting issue resolution to various departments within the
company. May act as a subject matter expert for all HRIS related
inquiries and projects. Has in-depth experience, knowledge and skills
in own discipline. Acts as resource for colleagues with less experience
or knowledge in subject matter.

Employees at all levels are expected to:
- Understand our Operating Principles; make them the guidelines for how
you do your job
- Own the customer experience - think and act in ways that put our
customers first, give them seamless digital options at every touchpoint,
and make them promoters of our products and services
- Know your stuff - be enthusiastic learners, users and advocates of our
game-changing technology, products and services, especially our digital
tools and experiences
- Win as a team - make big things happen by working together and being
open to new ideas
- Be an active part of the Net Promoter System - a way of working that
brings more employee and customer feedback into the company - by joining
huddles, making call backs and helping us elevate opportunities to do
better for our customers
- Drive results and growth
- Respect and promote inclusion and diversity
- Do what's right for each other, our customers, investors and our
communities

Core Responsibilities:
- Provides weekly, monthly, and annual reports. Provides special reports
and analyses to support the business as necessary.
- Supports efforts to maintain accurate master data. Extracts data and
provides analysis of master and transactional data.
- Conduct regular audits to ensure data integrity.
- Identifies issues, analyzes available data and information, and
recommends changes to management.
- Creates and maintains multiple operational reporting tools.
- Provides analytical support of actual results against budget and
feasibility of proposed business strategies.
- Consolidates data reports and delivers to help drive data-based
strategic decision making.
- Provides analysis prior to and following any recommended changes.
- May create and maintain compliance reports that identify discrepancies
within the Company's billing systems.
- May conduct regular HRIS maintenance and audits to ensure the quality
of data integrity.
- May ensure that all employee records in the HRIS databases are
accurately updated in a timely fashion.
- Provides user feedback to management and helps influence future
systems enhancements.
- May provide guidance and direction on complex HRIS transactions.
- Ensures accuracy of data through partnerships with team members.
Provides day-to-day validation and spot checks.
- May prepare reports to be used by other departments to correct billing
issues.
- Other duties and responsibilities as assigned.
- Consistent exercise of independent judgment and discretion in matters
of significance.
- Regular, consistent and punctual attendance. Must be able to work
nights and weekends, variable schedule(s) as necessary.

Comcast Corporation[note 1] is an American telecommunications conglomerate headquartered in Philadelphia, Pennsylvania. It is the second-largest broadcasting and cable television company in the world by revenue and the largest pay-TV company, the largest cable TV company and largest home Internet service provider in the United States, and the nation's third-largest home telephone service provider. Comcast provides services to U.S. residential and commercial customers in 40 states and in the District of Columbia. As the parent company of the international media company NBCUniversal since 2011, Comcast is a producer of feature films and television programs intended for theatrical exhibition and over-the-air and cable television broadcast, respectively. ,Comcast owns and operates the Xfinity residential cable communications subsidiary, Comcast Business, a commercial services provider, Xfinity Mobile, an MVNO of Verizon, over-the-air national broadcast network channels, multiple cable-only channels, the film studio Universal Pictures, the VOD streaming service Peacock, animation studios and Universal Parks & Resorts. It also has significant holdings in digital distribution, such as thePlatform, which it acquired in 2006. Since October 2018, it is also the parent company of mass media pan-European company Sky Group, making it the biggest media company with more than 53 million subscribers in the U.S. and Europe. ,Comcast has been criticized for multiple reasons; its customer satisfaction often ranks among the lowest in the cable industry. In addition, Comcast has violated net neutrality practices in the past, and, despite Comcast's commitment to a narrow definition of net neutrality, critics advocate a definition which precludes any distinction between Comcast's private network services and the rest of the Internet. Critics also point out a lack of competition in the vast majority of Comcast's service area; there is limited competition among cable providers. Furthermore, given Comcast's negotiating power as a large ISP, some suspect that Comcast could leverage paid peering agreements to unfairly influence end-user connection speeds. Its ownership of both content production and content distribution has raised antitrust concerns. These issues, in addition to others, led to Comcast being dubbed "The Worst Company in America" by The Consumerist in 2010 and 2014.
Total Jobs:
23
Total Experts:
199
Average Pay:
$135,854
Total value of jobs:
$91,430,000
% Masters:
24%