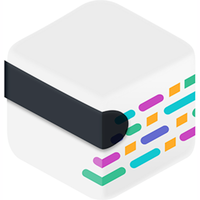 All companies are software companies and they're all moving to DevOps to stay competitive in their industries. Yet as they move to DevOps, they're using decades-old tools and processes which just aren't keeping up. mabl is built to help them. At mabl, we're helping enterprises ship higher quality software faster by building the worlds' first Intelligent Testing Platform, continuous testing for continuous delivery.

mabl has built a SaaS test automation product which saves time and effort for engineering teams by using AI to automate much of the manual tasks QA and Developers spend time on today. In turn, teams can experience significant ROI and move at the speed of DevOps. Our customers include leaders in their industries such as Riot Games, Charles Schwab, Jetblue, and many others.

Our team is led by veteran founders Izzy Azeri and Dan Belcher who previously started Stackdriver, a DevOps infrastructure monitoring platform which was acquired by Google and is now the de

The industries hiring most during the Coronavirus outbreak (plus how to get hired in one now)
Jennifer Fabiano
This is the worst age to be unemployed, according to research
Meghan Ingraham
Nearly 30% of NYC households have lost a source of income due to COVID-19
John Anderer