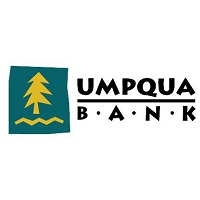 Software Development Manager at Umpqua Holdings Corporation in Hillsboro, OR

In this role, you will manage a team of software developers and business systems analysts responsible for the development of business process automation. You will provide technical leadership and direction on engineering best practices, and ensures proficiency and continuity of staff through training, development opportunities, and annual performance reviews. Additionally, you will partner with business and technology stakeholders to align on priorities and lead continuous process improvement activities for the development team.

Umpqua Holdings Corporation, d.b.a. Umpqua Bank, is a financial holding company based in downtown Portland, Oregon, United States. Headquarters are in the Umpqua Bank Plaza, formerly the headquarters of Benj. Franklin Savings and Loan. The firm has two principal operating subsidiaries: Umpqua Bank and Umpqua Investments. ,The company’s main operating segments are personal banking and lending, business banking and lending, and wealth management. The bank serves consumers and businesses in the community. As of 2015, Umpqua Bank had $24 billion in assets and $18 billion in deposits and was ranked among the largest 60 banks in the nation. Its parent company, Umpqua Holdings, is publicly traded. As of 2016, Umpqua Bank was the largest Oregon-based bank and had 350 branches in Oregon, Washington, California, Nevada and Idaho. ,South Umpqua State Bank was formed in 1953, in Canyonville, Oregon, with six employees. It was started by a group of people working in the timber business who wanted to create a means for the employees to cash their payroll checks. The bank opened with capital of $50,000 and surplus and reserves of $25,000. The bank’s first savings account was opened by Pete Duchene, a local business agent. D.B. “Tex” Ritter and his wife Nadine opened the first commercial account for their South Umpqua Trucking Company. ,In 2002, Umpqua increased its number of branches to 63 by acquiring Centennial Bancorp of Eugene, Oregon, for $214 million. On January 16, 2009, Umpqua agreed to assume the deposits of Vancouver, Washington-based Bank of Clark County after the latter bank was seized by the Office of the Comptroller of the Currency. Umpqua agreed to assume the deposits of Seattle, Washington-based Evergreen Bank in January 2010 after the latter was closed by the Washington Department of Financial Institutions and the Federal Deposit Insurance Corporation was appointed receiver. A month later the company agreed to take over the deposits of Tacoma, Washington-based Rainier Pacific Bank after it was seized by the FDIC. The next month, Umpqua acquired the banking operations of Rainier Pacific Bank in a purchase agreement with the Federal Deposit Insurance Corporation.
Total Jobs:
21
Total Experts:
6
Average Pay:
$136,000
Total value of jobs:
$4,080,000
% Masters:
28%