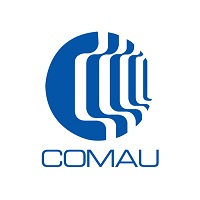 The Site Manager will be responsible for leading the installation and commissioning execution in term of scope, timing, costs, quality and resources up to final acceptance from the customer. The Site Manager will also be the liaison between the project team and manufacturing team for Comau site activities.

Take ownership. Are you ready for a challenge?

In this role the ideal candidate will act as a network and think innovatively while executing the following responsibilities:

Do you have what it takes?

Do you have what it takes?

This role is best suited for a candidate that possess the following qualifications:

Let's Work. A history rooted in excellence, a future driven by innovation.

Let's Innovate. We believe that innovation drives the industry towards excellence.

Comau (COnsorzio MAcchine Utensili) is an Italian multinational company based in Turin, Italy and is part of the Fiat Group. Comau is an integrated company, including 20 subsidiaries, which develops and produces process automation, manufacturing and service products and specializes in welding robots. It was established in 1973 and has 23 different operative centers, 15 manufacturing plants, and three research and development centers worldwide. It employs more than 14,500 people in 13 countries – Italy, Russia, China, India, Argentina, Mexico, Brazil, Romania, Poland, Germany, France, the United States and the United Kingdom. The company has more than 100 patents and all major automotive manufacturers use Comau systems and machinery at facilities in Europe, America and Asia. Comau began in 1973 as the COnsorzio MAcchine Utensili to unite all of the businesses based in Turin and the surrounding area that were supplying equipment to the Togliattigrad VAZ plant in Russia. In 1977, MST S.p.A., Morando S.p.A., I.M.P. S.p.A. and Colubra Lamsat S.p.A. merged into a single company named Comau Industriale S.p.A. The following year, Comau S.p.A. was officially founded, bringing together all the plants and industrial activities of Comau Industriale S.p.A. It was later renamed Comau Finanziaria S.p.A. In 1984, the company branched out of Europe as Comau Productivity Systems Inc. was founded to start development of commercial and industrial activities in North America. Comau Finanziaria S.p.A. gained a majority interest in Italtech S.p.A., which specialized in injection molding machines for plastic materials in 1988. The following year, it acquired Berto Lamet, a sheet metal die producer, and U.T.S., which specialized in product and process engineering. Berto Lamet then took over TEA, a company that manufactured injection molds and, in 1990, it took over the Spanish company, Mecaner S.A., which specialized in producing sheet metal dies. In 1995, the company grew throughout South America, Europe, North America and Asia. Comau do Brasil Ind e Com. Ltda and Comau Argentina S.A. were launched with all Comau Business Units joining the Mercosur market. In Germany, Comau Deutschland GmbH was established. Comau Productivity Systems expanded its structure and the name was changed to Comau North America Inc. Additionally, a representative office in Beijing, China, was set up. In 1996, Comau France S.A. was founded. The company officially changed its name, it became Comau S.p.A. In 1997, the company gained a majority interest in Geico S.p.A., a producer of painting systems within the automotive industry. Comau India Pvt. Ltd. in Pune was set up as the companys headquarters in Southeast Asia. Comau Poland Sp.z.o.o., a production plant for sheet metal dies, began operation in Tychy and, later that year, began offering maintenance services as well. In the same year, Comau Service was launched to provide full maintenance services to customers worldwide. In 1999, Comau took over the French company Sciaky S.A., a producer of body systems and welding guns, and the company is renamed Comau Sciaky S.A. Also that year, Comau S.p.A. gained a majority interest in Renault Automation S.A. of France, a company specializing in engineering, metal cutting, mechanical assembly and body final assembly. In the same year, Fiat S.p.A. acquires Progressive Tool and Industries Co. (PICO), a U.S. company experienced in body systems manufacturing, and it was subsequently renamed Comau Pico. In the UK, the Pico Estil in Luton became Comau Estil; in South Africa, Aims in Uitenhage is renamed Comau South Africa Pty. Ltd. In 2000, Comau Automotive Equipment Colt., in Shanghai was opened, Comau Belgium N.V. was established to develop maintenance services in Northern Europe and Comau Systems Services S.L. began operations in Madrid. The next year, Comau S.p.A. acquired two companies in automotive product and process engineering and industrialization, Germann-Intec GmbH and Team Resources Romania, which became Comau România S.A. Comau Australia opened in Adelaide in 2001. In 2002, Comau Ingest Sverige AB was established in Sweden; in 2003, Comau Russia Srl and Comau (Shanghai) International Trading Co. Ltd. began operations with a focus on import-export activities. Comau Sciaky SA became the full owner of Gerbi & Sciaky, a company in France that produced electrical welding guns, changing its name to Sciaky S.A.S. in 2004. The next year, Comau Service France and Comau Sciaky and Sciaky S.A.S. were consolidated within Comau France S.A. In 2005, Comau Germann-Intec GmbH merged with Comau Deutschland GmbH. In 2007, Comau-Germann Intec GmbH was started in Germany with a focus on engineering activities.
Total Jobs:
14
Total Experts:
1
Average Pay:
$107,187
Total value of jobs:
$1,715,000
% Masters:
33%

5 buzzwords that cost the candidate the job, according to recruiters
Una Dabiero
The top tech jobs in 2020 and the skills you must have to secure them
CW Headley
4 pro tips for navigating the job hunt during COVID-19
Create and Cultivate Editors