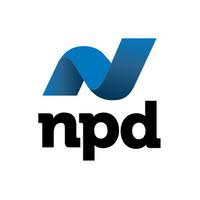 The Senior Vice President, Americas Product Management will lead overall product strategy, planning, and execution for NPD’s market measurement and research products in the Sotftlines Sector, which encompasses the Apparel, Accessories, Footwear, and Beauty Practices. The successful candidate will lead a team to create and implement a holistic roadmap including enhancement of existing products, and development of new services or categories to drive client impact and delight, and profitably grow NPD’s business.

This leader will foster a culture of high performance, collaboration, and product management discipline to drive achievement of team and company goals. As a senior leader in the organization, this person will continuously build relationships and rapport across other functions in the organization to ensure business alignment and achieve shared business objectives.

What you will work on:

What we are looking for:

Is ‘cybervetting’ killing your chances at a job? Here’s what you need to know
John Anderer
The 4 best female-led companies to follow right now (and how to get a job there)
Meredith Schneider
Everything you need to know about becoming an accountant
Olivia Kelley