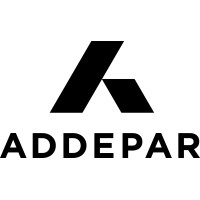 Addepar provides asset owners and advisors a clearer financial picture at every level, allowing them to make more informed and timely investment decisions.

As a Senior Product Manager focused on Market Data, you will be responsible for the full life cycle of integrating 3rd party financial data to power Addepar’s leading portfolio management products. You will work closely with engineering to expand Addepar’s market data redistribution offering to further enhance our portfolio and risk analytics capabilities. You will work on foundational data that helps define Addepar’s overall financial data relationship model as well as building new asset-class specific data models. You will work with vendors, clients, product managers and operations teams to help integrate various data sources and surface content to power the client experience. You will partner closely with leaders across the business to build the preeminent data solutions and services that serve investment teams in wealth management and beyond.

Addepar is a wealth management platform that specializes in data aggregation, analytics, and reporting for even the most complex investment portfolios. The company’s platform aggregates portfolio, market, and client data all in one place. It provides asset owners and advisors a clearer financial picture at every level, allowing them to make more informed and timely investment decisions. Addepar works with hundreds of leading financial advisors, family offices, and large financial institutions that manage data for over $2 trillion of assets on the company’s platform. In 2020, Addepar was named as a Forbes Fintech 50 and in 2018 received Morgan Stanley’s Fintech Award for making a significant impact on the firm’s mission of continuous innovation. Addepar is headquartered in Silicon Valley and has offices in New York City and Salt Lake City.

Addepar is an equal opportunity employer. We’re committed to building together and to do that best, we rely on a range of backgrounds, experiences, and ideas.

Addepar, Inc. is an American wealth management platform for registered investment advisors specializing in data aggregation, analytics, and portfolio reporting., In 2004, Joe Lonsdale co-founded Palantir Technologies, a company that builds software to enable the unification of data sets so that intelligence analysts can run queries for surveillance and monitoring and financial institutions can identify fraud. In 2009, Lonsdale transitioned to an adviser and stopped working full-time at Palantir to launch Addepar., The company was incorporated as Addepar, Inc. in September 2009. Addepar was co-founded by Palantir co-founder Joe Lonsdale and an ex-employee of Palantir Jason Mirra in 2009. From 2009 through 2012, Addepar grew without a sales and marketing department with clients coming from referrals of early investors in the company., In 2012, Addepar expanded its target clients to include RIAs. To this focus, RIABiz reported that Addepar in 2012 was "beginning to roll out a sales and marketing force to bring in the big clients." In doing so, Addepar and Advent's Black Diamond were competing for the same RIA customers. In October 2012, Bloomberg Businessweek reported that Joe Lonsdale was running Addepar "attempting to modernize the software that ultra-wealthy families and foundations use to manage their billions." In 2013, Addepar focused on expanding risk analytics and their client portal., In 2013, Addepar hired a head of sales from its competitor Advent who at the time was "widely considered the industry leader according to RIABiz. During 2013, Addepar's primary competition Black Diamond, Tamarac and Orion "pulled away in the battle for RIA market share, with each of the brands adding about 50% to their asset administration totals". In 2013, Addepar sought to transition out of start-up mode and hired a new CEO and COO to start building out the company's management. In January 2013 Eric Poirier previously of Palantir was hired and in July of that year became CEO., In 2017, Addepar received a $140 million round of funding from Valor Equity Partners. While CEO Eric Poirier has not commented on the valuation of the company, the amount of funding the company has received likely makes it a unicorn. According to PitchBook the company's valuation stands at $500 million., The same year, Addepar partnered with Morgan Stanley. Addepar provided software that consolidated information about the assets of ultra-wealthy Morgan Stanley clients and provided tailored reporting based on that information., In May 2017, Addepar acquired AltX, a machine learning platform aimed at alt investments., In January 2019, Addepar hired six new executives to the company's team. In June 2019, the company launched a mobile app to complement its portfolio management software. The app is built to provide a consolidated view of a client's portfolio., Addepar's platform provides analytics and performance analysis of portfolios and market data with software for managing high-net-worth and ultra-high-net-worth clients., As Joe Lonsdale co-founded Addepar and Palantir Technologies; some of the first algorithms behind the Addepar platform were collaborated on by early Palantir employees., In 2012, Fortune reported that Addepar was connecting family offices and endowments to their respective investment managers and third parties managing their assets "facilitating fund transfers, generating speedy reports, tracking currency conversions, and cutting down on data-entry errors.", The Addepar software facilitates both visualizing an investment portfolio's exposures at the individual asset class and also tabulating the portfolio's total value according to realtime value of the assets under management. In 2014, the Wall Street Journal reported the Addepar platform as providing investment advisors "a dashboard to track the performance of many types of asset classes in one place.", In April 2015, Addepar released a fully browser-based version of the platform., In September 2016, Salesforce.com announced their partnership with Addepar for Salesforce's Wave Financial Services Cloud to facilitate financial advisers with the analytic tools to see across disparate and siloed asset classes producing a single visual whole for the client., In October 2016, Addepar released their Open API to provide clients and integration partners what Crowdfund Insider explained as "a programmatic solution to tie Addepar’s data and calculations into a multitude of other products and systems.", Addepar, Palantir, Facebook and Salesforce.com have been criticized for their programs to subsidize employee housing if employees live within a defined proximity to their headquarters to encourage employees to spend more time at work and due to increasing housing rents in the area. Business Insider reported there is no consensus as to whether or not this contributes to gentrification of neighborhoods claimed by the chief executive officer, John Liotti, of East Palo Alto community advocacy group Able Works. In defense of Addepar's $300 a month program head of people Lissa Minkin explained the program allowed for employees to allocate more time to their families and personal interests; specifically "not having a long commute makes a huge positive impact on maintaining a healthy work-life balance."
Total Jobs:
8
Average Pay:
$132,500
Total value of jobs:
$1,590,000
% Masters:
33%
Learn More About Addepar
* Ladders Estimates