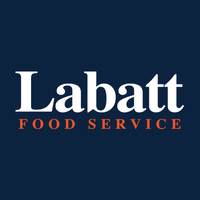 Are you looking for a fun career in software development and knowing that your efforts directly impact the success of the business? Do you want to work in small teams where you are part of the design and direction of the projects? Do you want to work with smart people and grow with the group, sharing your knowledge and learning from others? Do you have a passion for writing code and finding solutions to difficult problems?

At Labatt Food Service we consider ourselves a sophisticated software company that sells food, and our track record speaks for itself. We continue to grow every year and succeed against competitors 50 times our size by being innovators and building long term, respectful relationships with our customers, vendors and employees. Though we are smaller than some larger competitors, we are often first to market with new technologies. Many of our new initiatives eventually become standard across the industry, and we have thus established an unrivaled reputation as being a thought-leader in our industry.

Labatt’s developers create and continuously improve all the systems that run the business. Software and data analytics play a huge part in the success of the company, and therefore software developers have a significant impact on the company. Since the very beginning, Labatt has focused on writing all of its own code, allowing the company to move quickly into new areas and be flexible to customer needs. Our team of software developers design, test, and continually re-engineer the critical systems that keep all aspects of the business running at full steam. Developers work as members of small teams, and employ Agile methodologies to bring about the internal-efficiency and customer-facing innovations that are necessary to keep our lead in the industry. Our philosophy of investing in clean code and developing people from within allows us to build for the long term and leverage the most forward-thinking APIs, languages, and practices, to take on the most intellectually challenging projects that our industry faces.

As a software developer at Labatt, you will take on projects approximately 6 months in length, iterate on a small team of 3-5, test thoroughly, design clean & modular code, experiment, learn, be challenged, and serve the needs of the business. All developers are expected to contribute to the team's success by solving non-trivial problems and sharing lessons learned with the group. Developers are also expected to follow the group's established coding and process best practices as established by the group to ensure quality and consistent code - code that will last for many years. That said, developers have a significant amount of freedom over their projects and the ability to experiment with newer technologies and practices that may help the group overall.

Labatt Food Service, founded in 1968 and headquartered in San Antonio, Texas is a privately owned company and the tenth largest foodservice distributor in the nation, servicing food-away-from-home customers in five states. The company currently has over 1600 employees and over 6000 customers, including school districts, military bases, restaurant chains, convenience store chains, and individual outlets. Over the 50+ years Labatt has existed as a B2B food distribution and logistics company, sales have grown from $8 million to over $1.3B annually and we expect to continue to grow each year.

Developers at Labatt Food Service use a variety of technologies, including:

The developers who do best at Labatt must have the ability to think both strategically and tactically, the discipline to set and hit deadlines, an appetite for hard work and continuous personal improvement, a passion for working and effectively communicating with others, and a commitment to the success of the overall organization.

Proficiency in coding and the ability to write clean, functional code is a must, although we train everyone to our particular style and needs. We understand that developers learn and use different technologies over time. We are more interested in finding developers who can think and write code and are less interested in "X years with Y technology". No matter the starting skill level, developers are expected to improve over time.

A bachelor's degree in Computer Science or related field is required with 10+ years experience.

Labatt Food Service is a third generation family owned foodservice distributor involved in marketing and distributing food products to regional chain restaurants, independent operators, schools, quick service chains, healthcare facilities and military bases. Labatt delivers to Food away from home customers in five states in the southern United States. The company is headquartered in San Antonio, Texas., Labatt Food Service is among the top 10 food service distributors in the United States and has over $1 billion in sales every year. Labatt has 5 distribution centers and 9 offices and delivery hubs that occupy 1.4 million square feet of warehouse space across Texas and New Mexico. Labatt has over 1,500 employees., The company was founded in 1910 by T.W. Labatt as the Collins Company. In 1940 T.W. Labatt opened the Labatt Wholesale Grocery Company with his two sons. HemisFair named the company the authorized distributor for the 1968 HemisFair, prompting the creation of Labatt Institutional Supply Company, known today as Labatt Food Service. In 1980 the company had $8 million in annual sales. Labatt Food Service introduced the use of Voice Technology in warehouse selection in 2002 to increase operational efficiencies. In 2013 the company had over $1 billion in annual sales. Labatt developed their own line of Native American Beef in New Mexico in 2013.
Total Jobs:
3
Average Pay:
$146,666
Total value of jobs:
$440,000
% Masters:
23%
Learn More About Labatt Food Service
* Ladders Estimates

These are the states with the biggest job gains
CW Headley
Never say “I am confident…” on a cover letter. Here’s why
Kaitlyn McInnis
All the ways COVID-19 has actually helped hiring
Kyle Schnitzer